The major concern about travel blogging is not what to write, or even how to write it, but what to do with the paragraphs once they are written. The pinwheel turns, and turns and turns, but there is no following whoosh.

Not sent. Wifi is down again, or else the internet is flickering like a candle in a typhoon. I wonder how that guy watching a movie on his tablet in the lift in Seoul – or was it Hong Kong – would deal with such fragility? It really doesn’t matter whether I post these words tonight or next week, but it does remind me yet again that my work, my relationships, even my ability to check with an airline whether I have a ticket to fly, all depend on this laptop and its links with the ether. 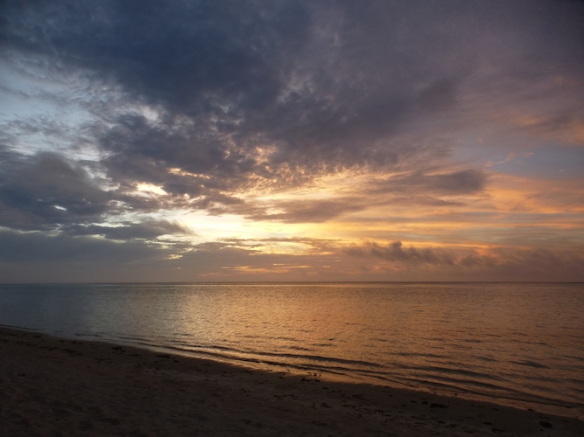 Since leaving Auckland nearly two weeks ago we have been in the Cook Islands. I am now on Aitutaki, the second largest island in the southern group, writing this on the terrace of the darkened bungalow. The crickets and geckoes are hard at it, and so are the no-see-ums. There are two mosquito coils burning beside my ankles. Rain is dripping off the palm thatch. I can hear the surf on the reef that encloses the lagoon.

This little blip in the Pacific Ocean is perhaps 5 km long and 2 wide. An easy bike ride encircles it, not all on metalled road. Glossy hens and their chickens peck at the floor of the miniature airport, the lagoon glimmers turquoise when the sun appears. The highest point, a wooded hummock that you could hardly call a peak, lies about 200m above sea level.

The islands’ economy seems shaky, being heavily dependent on New Zealand, and there is visible poverty if you look beyond the pizza shacks and pareo sellers lining the coast road. The main industry is tourism but it’s not that tourist-friendly. Shops and businesses all close for the day at 4pm, and even the hotel restaurants are emptying by 8 in the evening.

It’s hard to get anyone to say yes, whatever the question.

‘You can’t get the staff for longer opening hours’, sighed the owner of the best café on Rarotonga, the main island. ‘Island people don’t want to work’.

In such an idyllic setting, with generations of forebears who could simply hook a fish out of the sea or pull a pawpaw or a coconut off a tree, who would have waiting tables or making beds in their blood? But everything has changed here, as the huge planes lumbering in from Auckland and LA daily indicate.

Tomorrow we will take the tiny Air Rarotonga 40-minute flight back to the main island.

And from there, onwards.

If I can confirm my plane ticket. 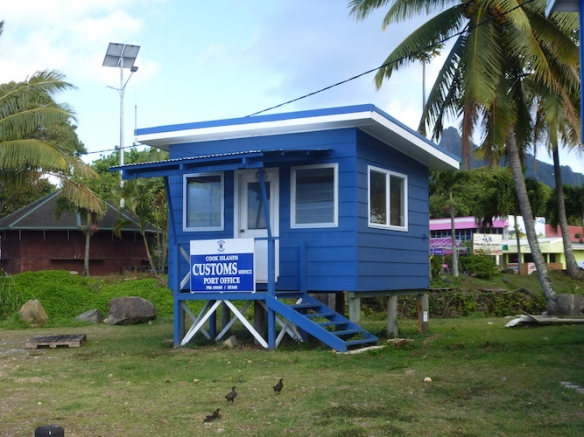